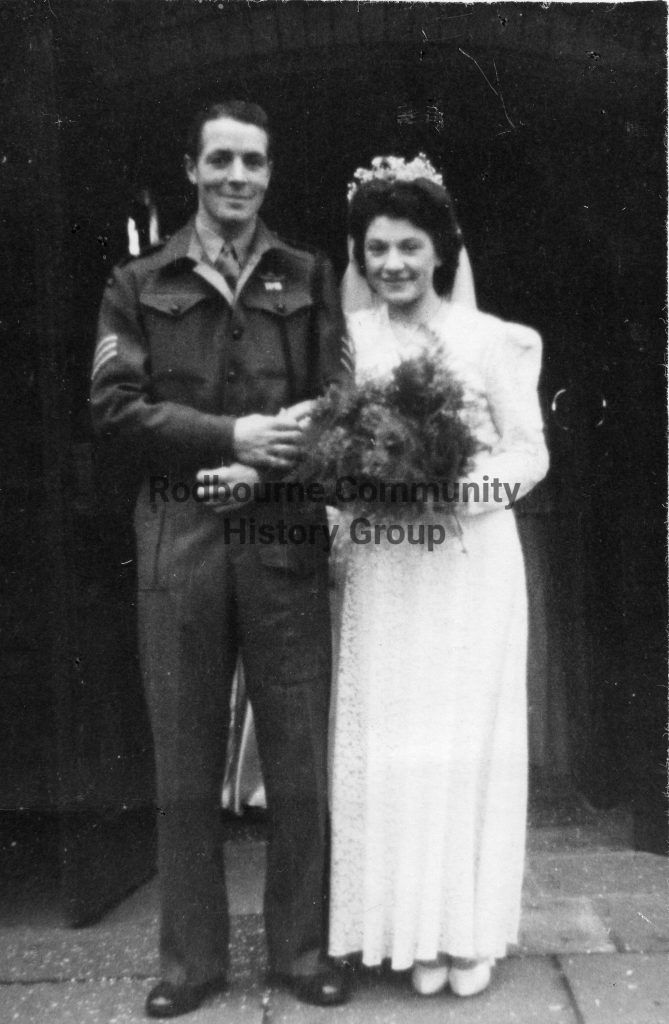 Additional Info – Doris lived at 194, Rodbourne Road and Ken was from Moredon. The wedding reception was at the Rodbourne Road Working Men’s Club (Monkey Club) where Doris’s father spent most of his spare time. They were both sweethearts before the war and later lived at the bottom of Morris Street until their deaths. Both had funeral services at St Augustine’s Church. Ken’s Army career started in the Wiltshire Regiment at 19 but he volunteered for the SAS and the family never saw him for four years until just before his wedding.