A Brief History of Rodbourne and Even Swindon

If you have any more information about Rodbourne that you’d like to share, please get in touch. You can also send us your photos and memories.

Contact us Send us a photo Add a memory 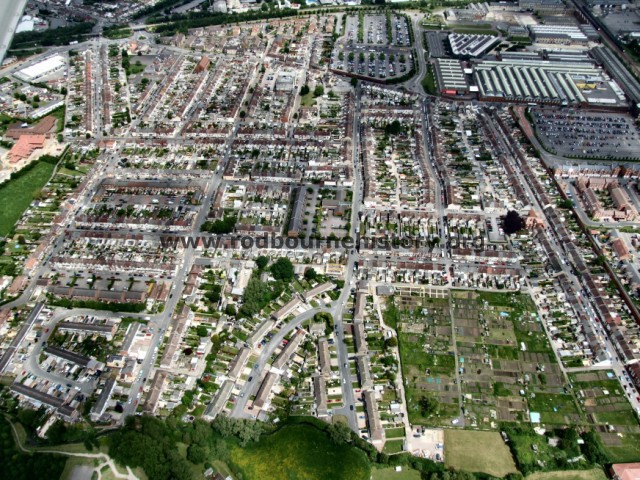 Photograph by Neil Lover from his friends plane

Rodbourne is part of Swindon, Wiltshire, and sits nestled between the main east / west Bristol to London line and the Gloucester & Cheltenham branch line of the Great Western Railway.  The area used to be known as “Even Swindon” due to its location on the lower and flatter land 2km (about 1.5miles) north-west of the established town of Swindon.  The manor of Even Swindon was first mentioned in documents written in the early 13th century, but over the years the area has taken on the name of the main road that passes through it; Rodbourne Road.

Before the GWR works arrived Rodbourne Road was just a lane passing through farm land.  Things dramatically changed when housing for the GWR workers started to be built from the late 1870s onwards.  Two and three bedroom terraced houses started to be built on roads either side of Rodbourne Road.  Over the next 40years or so development expanded west in the grid pattern of streets clearly visible today.

There have been several more recent changes to the layout of Rodbourne.  William and Charles Streets were demolished to make way for sheltered housing.  The closure of the GWR works has meant redevelopment of Rodbourne’s eastern and southern edges.  Here you can find new housing, the Designer Outlet Village and headquarters and offices for the National Trust, English Heritage and Historic England.