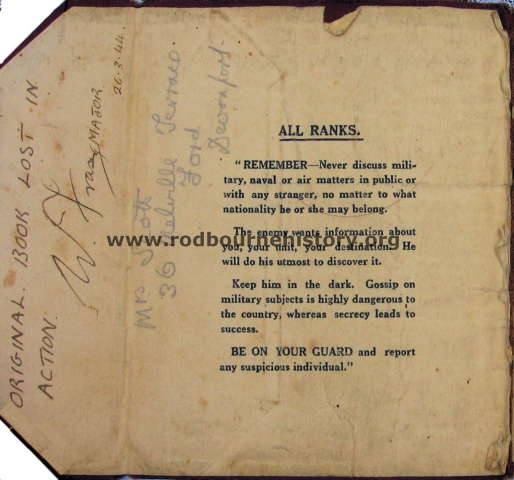 Additional Information – As can be seen this was a replacement for the original that was lost in action. This could have been in one of two places. At Termoli in Italy just North of Naples where Ken was wounded serving in the Special Raiding Squadron taking part in the “Battle of Termoli”, this being part of “Operation Devon” in 1943. The second being the Morvan region of France just west of Dijon, where Ken’s 1st SAS Regiment was parachuted behind German lines to support the Maquis (French Resistance fighters) as part of “Operation Houndsworth”