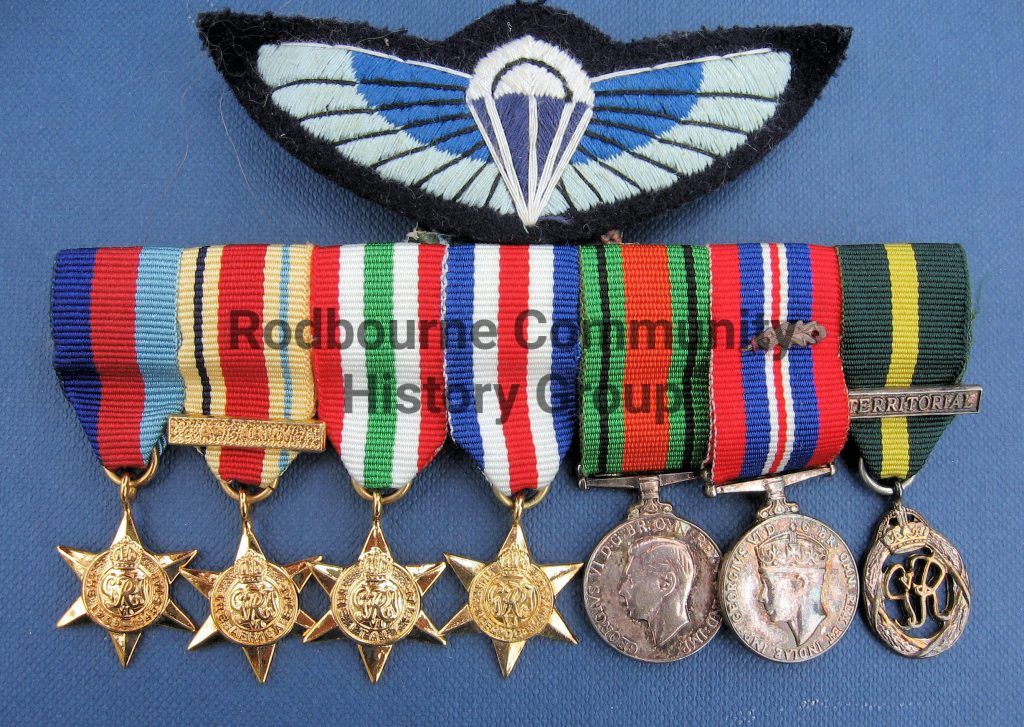 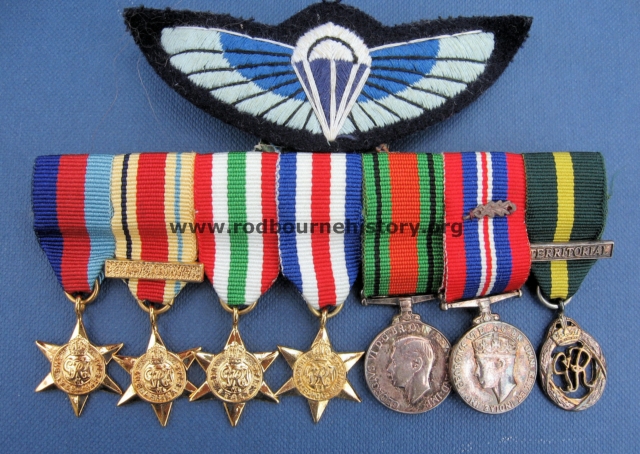 Additional Information – The SAS pattern parachute wings designed by Lieutenant Jock Lewes and based on the stylized sacred ibis wings of Isis of Egyptian iconography were worn, when Ken served, on the left breast. The RAF objected after the war and they are now worn on the right shoulder. Click on SGT KEN STURMEY to see  Ken wearing them.

Notice the clasp on the Africa Star with 8th Army on it and the Oak Leaf on the 1939-45 War Medal which denoted Mentioned in Dispatches.