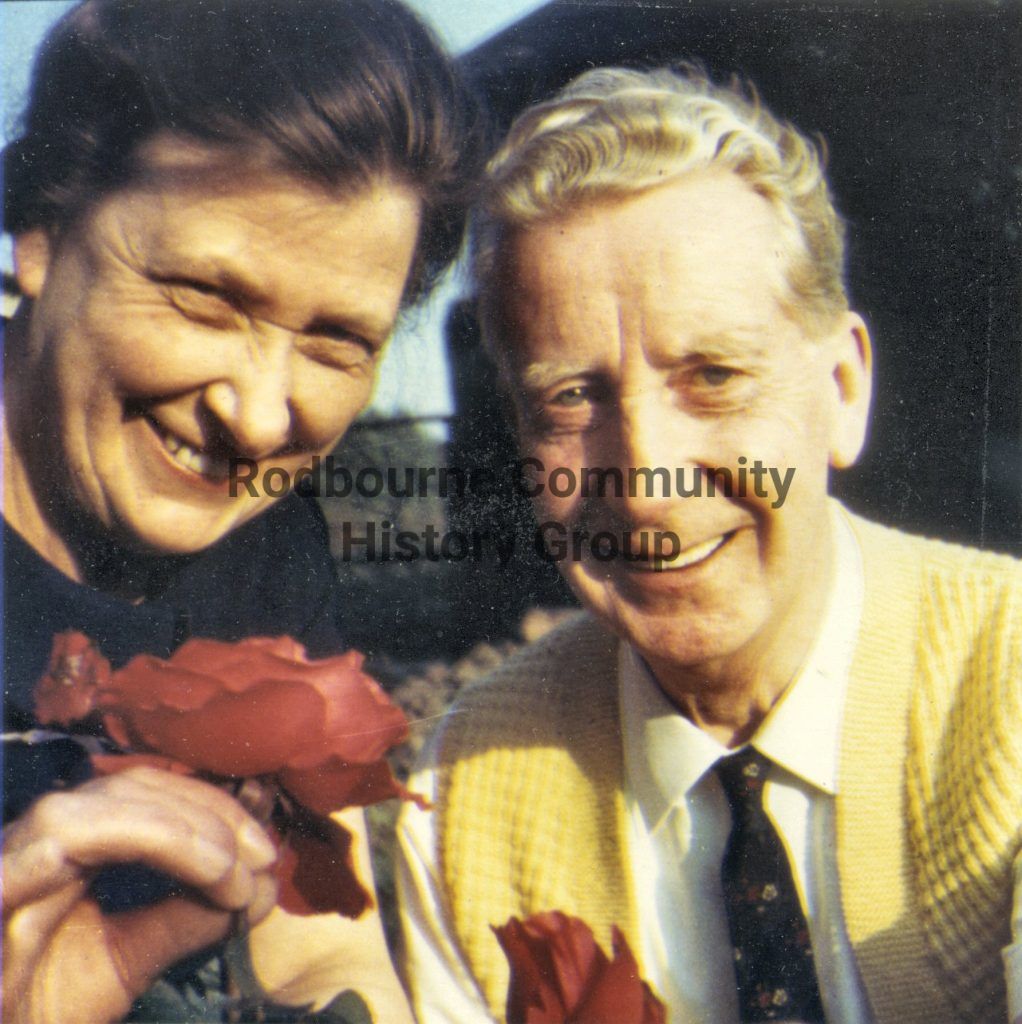 Subject – Mildred & Albert in their garden

Mr. Jackson kept the grocers shop next to the Mechanics Reading Rooms in Rodbourne Road.  Mr. Jackson had wavy Ginger hair while Mrs. Jackson’s was gray and dinner roll around the back of her head.  They had no children of their own but children were very welcome in the shop.  Mr. Jackson was a local Baptist preacher and regularly preached at the Tin Chapel on the other side of Bruce Street bridge.

The shop was small.  The display window and the counter took up much of the space.  Shelves lined the walls behind the counter displaying tinned goods.  The back room was used as a stock room and Mr. and Mrs. Jackson lived upstairs. To the right to the door stood the medicine cupboard, locked can’t only opened when a customer needed anything from aspirin to syrup of figs.  But Mr. Jackson is best remembered for the Plow Hill tomatoes he sold during the summer at one shilling and sixpence a pound ( seven and a half pence).  Tomato grading hadn’t been invented in the 1940 / 50s and he always displayed the mis- shapen ones in his window to the amusement of the children .