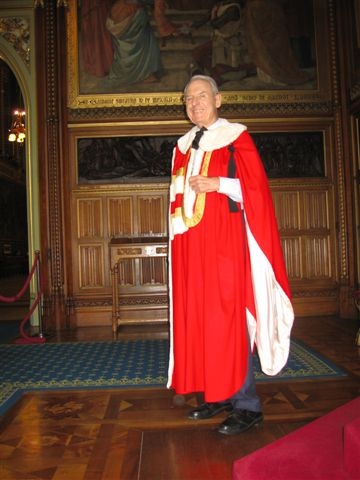 Additional Info – Richard Marsh was evacuated to Rodbourne from London during the 2nd World War, lived with his Grandmother in Redcliffe Street and went to Jennings Street School. He became Minister of Energy & Minister of Transport in Harold Wilson’s 1st  Labour Government from 1966 to 1970. He received a Knighthood and later a life peerage as Baron Marsh of Mannington but is addressed as Lord Marsh.  He is now a Cross Bench Peer in the House of Lords. A Cross Bench Peer is one that is not aligned to any particular political party. Richard says he was proud to have lived in Rodbourne and has happy memories of his time there. His fellow peers were puzzled by his choice of title as Mannington is now a trading estate next to a traffic island. When Richard told them that when he lived in Rodbourne this was only fields on the edge of Mannington Rec (Recreation Ground) where he had happy memories of playing with his Rodbournite friends, thus the choice of his title. We are proud to have him as an honorary member of the Rodbourne Community History Group.