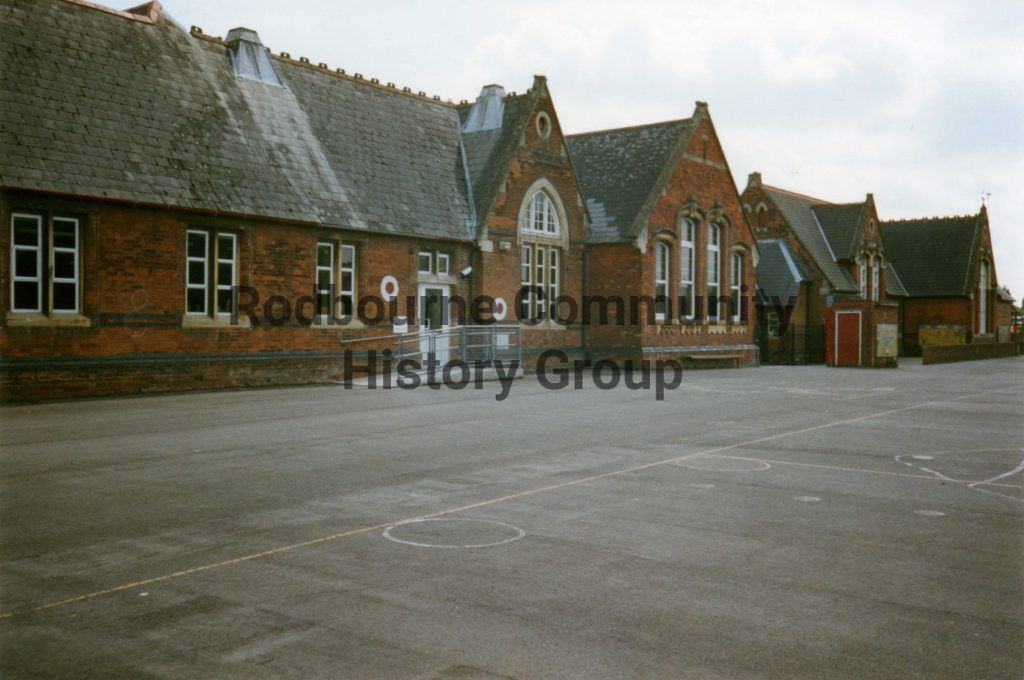 Location – Playground on North Side of Building

Additional Info – The original Infants school building can be seen on the right with the Junior school building on the left. When the new Junior School was built in 1997 at the end of Morrison Street the Infants pupils moved into the vacated classrooms of the old Junior School. After the extension to the new Junior School was completed in 2007 the school was renamed Even Swindon Primary School and the old buildings were vacated. To date in 2010 the buildings are being used by several voluntary organisations but it is feared that this will not be a permanent arrangement and fears have been expressed for the buildings as they are not listed.